Neither “Veronica” nor Brandon Follett can break the rules, because there simply aren’t any that apply.  They are innocent.  Brandon Follett solo or playing with “Veronica” his sound is best described as “socially conscious adult humorous weirdo half ass punk folk music.”

Veronica and the Mental Foreplays, IS her imaginer Brandon Follett.  It’s as straightforward as a one to four person band, named after a blowup doll called Veronica.  Mechanistic Lover Veronica is the namesake.  Brandon Follett is the lyrical observer who spares neither humor nor suprise.

Toss the expectations – these is no preparation for this.

Veronica and the Mental Foreplays Discography:

Below are the names of the many talented musicians who have played with Veronica through out the years:

The four of us recorded the album Mechanistic Lover released in 2011.

I heard Josh play bass and he heard my poetry and we new their was something special.  The beginnings of Veronica and the Mental Foreplays.  Josh in spirit still plays in the band. 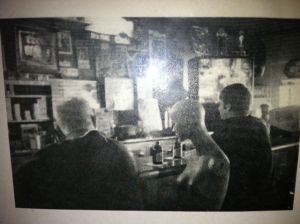 Veronica at the Four E’s Bar in Kuna, Idaho 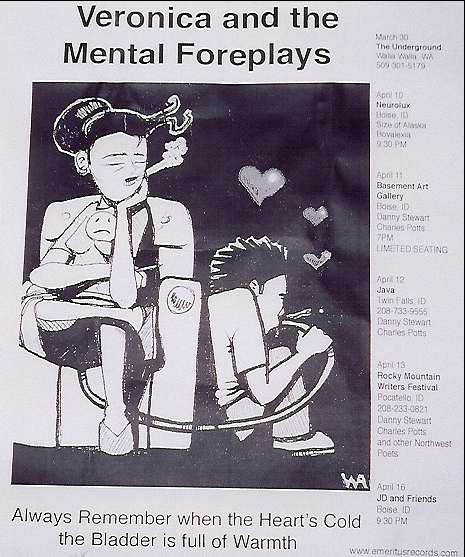 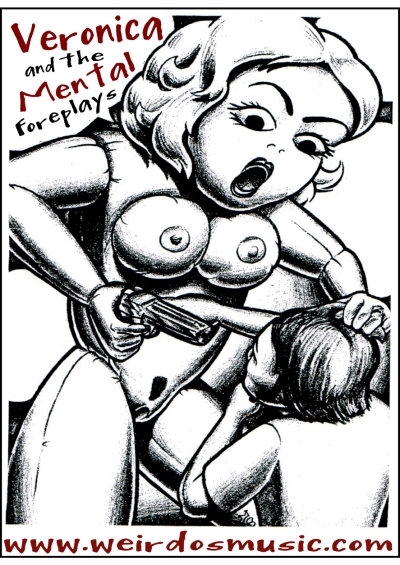 One response to “Music”