Bicycle Camping at the Parma Motor-Vu 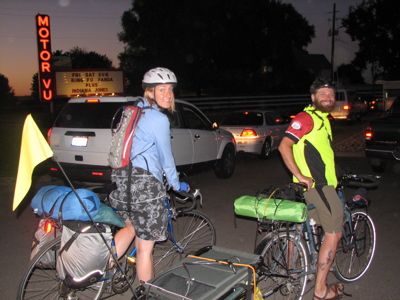 Brandon and Jen stand in line with the idling vehicles

I am worried about falling asleep close to the large truck parked next to my sleeping bag.  Usually I don’t close my eyes and lay my head next to vehicle tires because of vivid stories told about sleepy pets getting squashed beneath the tread. 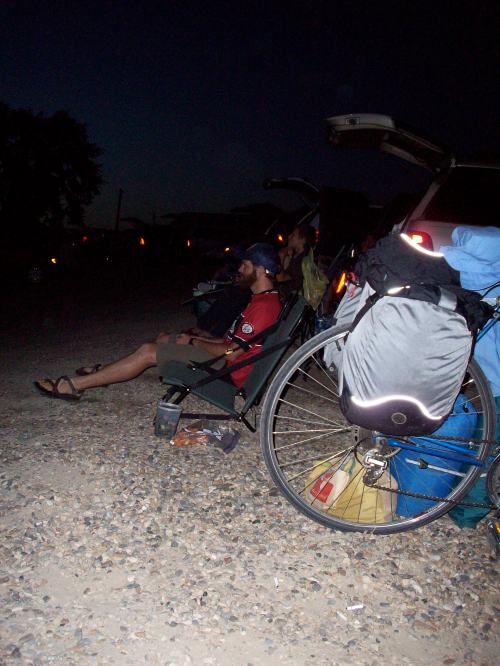 The four hours of pedaling in 90-degree summer from Boise to Parma followed by several mugs of wine has turned a double feature into barely a single feature. My eyelids grow heavy. I know I’m making the same mistake as Shirley, the dead family pet.

The 45-mile bicycle route from downtown Boise to the Parma Motor-Vu parallels the convenience store laden, commonly driven I-84. Fill four water bottles in Boise and pack a lunch. The only snacks for sale along the route are local vegetables. The pleasures of rural country living are abundant from chicken art to local vegetables sold out of a garage. Also, a person gets to check out firsthand the poisons sprayed on our food. In some areas, “beware of pesticide” signs are as common as stop signs. 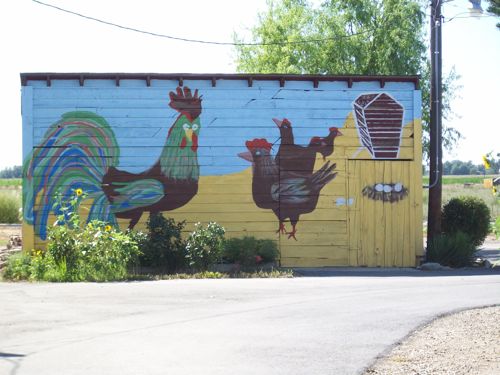 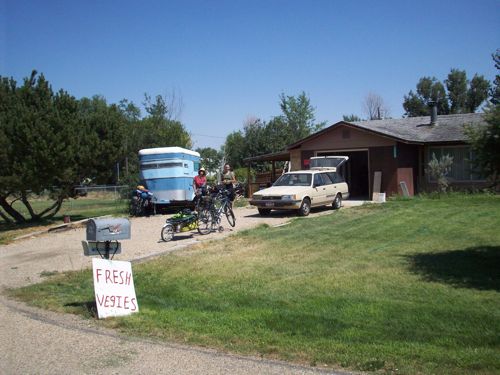 On a Friday night, Parma doesn’t have much to offer in terms of restaurants. I recommend going to the grocery store for food and beverage and having a picnic at the theater. The grocery store is located on the main street of Parma. Continue north on Highway 95 to Parma Motor-Vu. The movie starts playing at sun down. It is best to get there early as you can see from the line of idling vehicles. 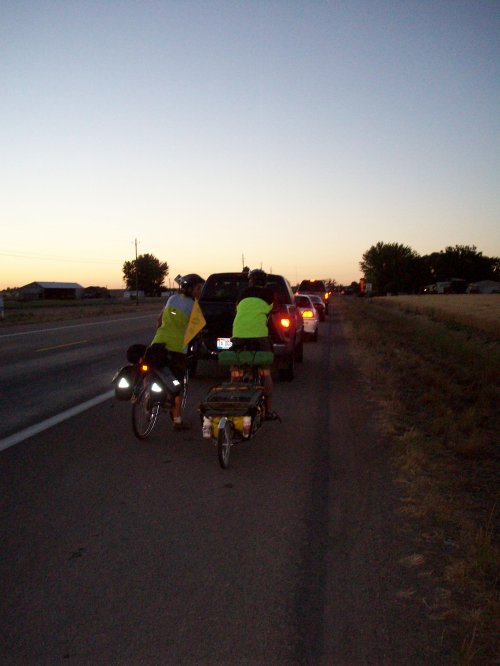 After paying seven dollars, pedal as fast as you can into the gravel parking lot to pick out prime real estate, then go browse the concession building. Besides the usual theater staples, the drive-in offers the bonus of Tony’s Pizza and popcorn made from the original hot air popper. Stylish t-shirts are also for sale.

The engines come to life around 1 AM. I jerk quickly awake and verify all my limbs are intact. I suppose the reflective material on the bicycles and panniers saved me. The exhaust, dust, and stop-and-go turns the parking lot into a mini freeway rush hour traffic jam. After the dust settles and the last car burns its tires out of the parking lot, it’s time to lie back, stare at the stars, and dream about a beautiful Saturday morning pedal back to Boise. 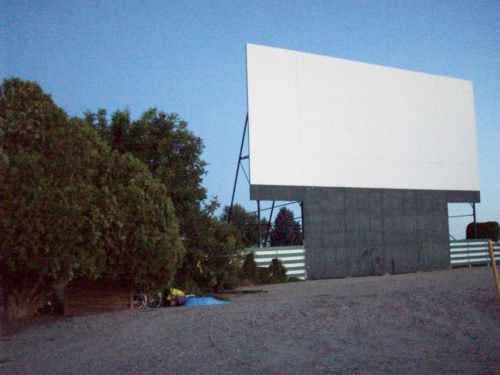 sleeping under the stars next to the movie screen 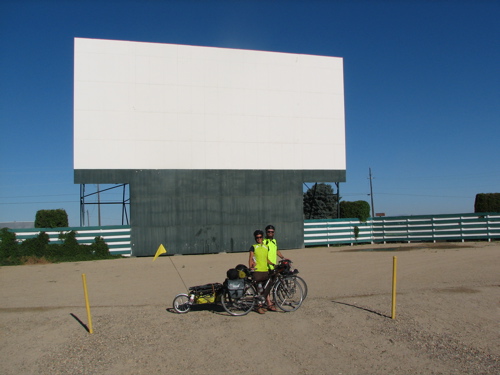 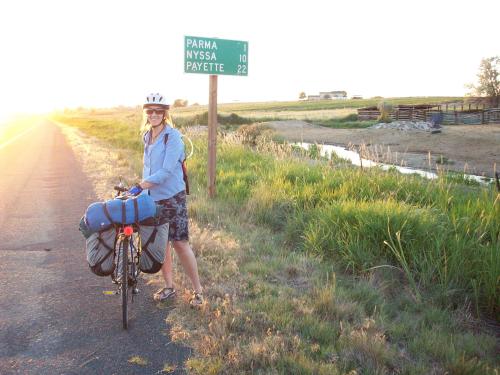 Jen Siegel on her way to the movies